What happens after a breakup? It's a different phase for everyone, but the common emotions experienced by all are relief, grief, pain, anger, confusion and frustration, which are perfectly normal reactions to the end of a relationship with someone who was very close to your heart. We all have been there and we all know how it feels. We've all had our heart broken at some point in our lives. You'd agree with me when I say, It is difficult to get over a few people in life.

Breakups and the emotions they bring along have a complicated pattern to them. Even if things end in a certain way, according to you or the breakup was healthy and mutual, you'll probably still be left with some uncomfortable thoughts and feelings. When it happens to you personally it's devastating and when people can relate, they aren't feeling the same pain as you. Sometimes it feels like you're completely helpless and there is no way out. Like it's a never ending labyrinth of grief and that you'll never get past the suffering.

The important thing to remember here is that there is always light at the end of the tunnel and there are ways that lead you to it. You have to understand and tell yourself that getting over a breakup is achievable and it's just about the matter of time. Here are a few 'practical' ways that will guide you in this journey to regain you happiness and peace of mind.

Let your emotions out -

The catchword here is to feel, accept and act. Sob, cry your eyes out, feel the grief, yell and scream. As long as it doesn't bother anybody else in a way that hurts them or you, find a way to let go of the pain you are feeling. It's been told all along that breakups are hard, because they are. Don't rush this process and take it away from yourself or it will just fester inside you as you're not mourning a person's life, you're mourning that integral part of your life that is not there anymore. Let yourself feel those uncomfortable feelings as you don't want to supress them. Take a deep breath and allow yourself the appropriate amount of time to heal. Grieving is the initial step of the process.

The different stages of grieving a breakup would be -

1. Desperation for answers - This is the part when you fixate on things that your ex said. The desperation to make sense of something so displeasing will make you swing back and forth between hazy disbelief, moment by moment settling on the magnitude of loss and the flashes of the painful reality of something so beautiful being over.

2. Denial - This isn't happening! This can't be true. You just cannot live without your ex. Something that was your world, you cannot accept it to be over. During the part of denial, you derail from the grieving process and replace it with your unrealistic expectations to salvaging the relationship. You start living in your happy bubble.

3. Bargaining - You are willing to settle for anything to avoid the pain of accepting that the relationship is over. The thought of separation is so excruciating that you're willing to anything to get him back, at any cost. Ofcourse, you're not being logical here and this wouldn't sustain in the long run.

4. Relapse - The agony of withdrawal was so intolerable that you may actually convince your ex to try again. However, despite your hearty efforts, it's impossible to carry on a relationship solo, all on your own. This eventually leads to a breakup and leaves you strangled at the first step of the process after you're absolutely convinced that it's finally time now to let go.

5. Anger - Initially you were not able to connect to this feeling but after the loop of reconciliation and rejection, it's a major emotion acting on. Anger accompanied with fear and dread is what you'll be feeling at this point. It makes you vulnerable initially but would empower you too as you will realise that you deserve better than what you had.

6. Initial acceptance - This initial acceptance has taken place as you weren't left with a choice. This with the passage of time will grow substantive as you will begin to realise, all on your own, that it's not good to be so hard on yourself.

7. Regeneration of hope - As the acceptance deepens and becomes substantial, moving forward would require regenerating and directing your hope from the belief that things can get back to normal, to single-handedly trying to salvage the relationship, from being completely shattered to accessing the reserves of hope that you have.

Cut off contact with your ex completely, at least for a while. Whether you dumped or got dumped, it's not healthy to keep tabs on your ex once the relationship is over. You may want to be mature and remain on friendly terms with your ex, but you won't give yourself enough time to heal from the breakup. Tell your ex that you will require space.. Trimming them from your social media handles by unfollowing or just muting their activities helps too in preventing potential instances of jealousy or nostalgia. Get rid of anything that reminds you of your ex and is acting like a hindrance to regaining your happiness.

Indulge yourself in food that you like and movies or books since your ex won't be there to treat you anymore. Take a vacation or just a weekend getaway to relax somewhere with your friends or just wander around solo. A spa day would help to rid yourself of the daily stresses that have been piling up since forever.

Take up a new hobby -

Being newly single doesn't have to be negative always. When you're in a relationship, you have less time for yourself as a greater portion of it goes in making the relationship right and the other person happy. On the other hand, when you're single, you can get to know you're more intensely and are free to discover various interests and dedicate your time to whatever you want. Perhaps, this could be the time for you to look at yourself from a completely different angle.

Vent to your loved ones -

It is vitally important to have a decent support system to help you sail through a breakup. When you're feeling angry or hurt, your friends or a family member can justify those feelings and remind you that you're not alone. They might even share some of their own experiences or bits. Research shows that merely verbalizing your feelings can make negative emotions less intense.

Be real with yourself -

Use your time alone to introspect and reflect on your relationship before the breakup. Though you may have positive memories of your partner in the time you spent together, it is important to remember that there were problems that inevitably drove you two apart. While you might want to fix things, accept that the two of you might simply be incompatible and that breaking up was the best course of action in the long run.

It's okay to still have feelings for your ex -

The worst part of a breakup is the discomfort from hurting over your ex's actions yet hurting that they are gone and no more a part of your life. But breaking up doesn't mean that the love between you is dead or that you've overcome those mushy feelings completely. Be it the highs or the lows, the two of you were together and made memories and played significant roles in each other's lives. You have to understand that love sometimes means wanting the best for each other which could also mean parting ways.

Don't be too hard on yourself -

The process of overcoming your breakup is subjective for all. It could take anywhere from a few weeks to even months altogether.  Let your emotions run wild and form their own course without putting undue pressure on yourself. After a while the feelings will fade and give way to more opportunities and new relations.

All this time you have been letting your mind ponder upon the 'what-ifs' that came your way. You have come a long way, resolve to stay strong. Acknowledging your role in what went wrong in your past relationship, it is a very important part of the learning process. Relationships with a significant other is to see yourself more clearly. It makes you realise who you are as a person and provides a list of things that you might need to work on. Know that a relationship isn't a failure if it has ended as it helped you grow as a person, leaning and move your life forward with a whole new perspective.

Get the latest posts delivered right to your inbox 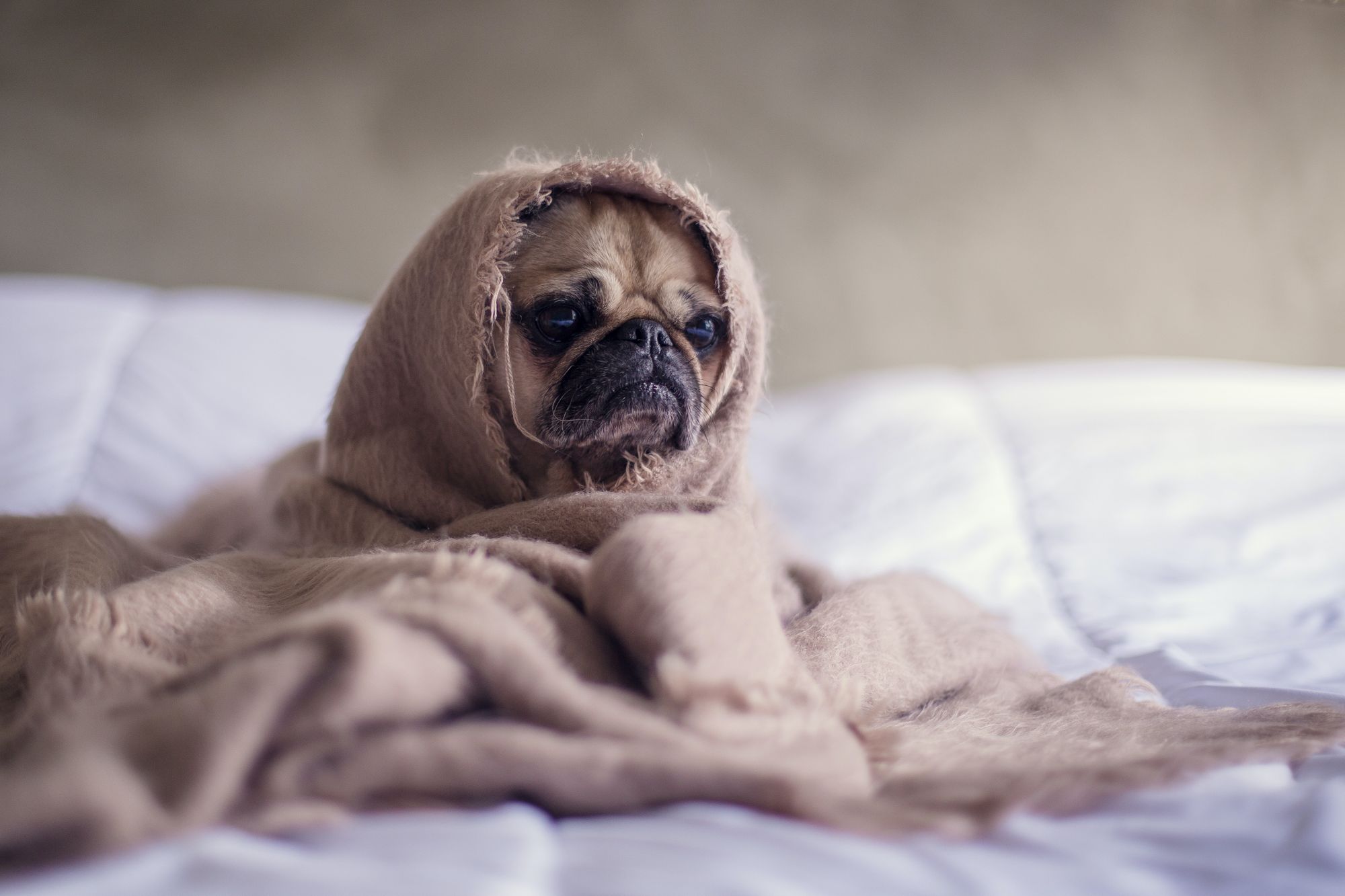 Stress. Anxiety. Depression. We have been hearing about this trio far too often ever since the pandemic began. COVID-19 has impacted more than the economy, livelihood and lifestyle of people.

Stay up to date! Get all the latest & greatest posts delivered straight to your inbox